After I gave birth to my first daughter, Susan, the nurse wrapped her in a pink blanket and put a tiny yellow knit hat on her head. Stan, my husband, sat by my side. We were both exhausted but elated, and in that moment, everything was clear: I loved my daughter from the second I saw her, and I felt a primal desire to protect her, to give her the best life possible, to do whatever it took to help her succeed. 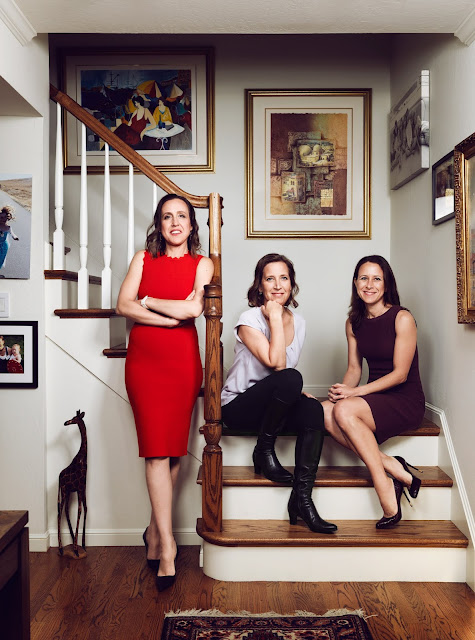 But soon the questions and doubts started to creep in. We all want children who are happy, empowered and passionate. That’s what I felt the moment Susan was born, and later on when we welcomed our other two daughters, Janet and Anne. It’s this same wish that unites people from all different countries and cultures. What everyone wants to know is how to help our children live good lives — to be both happy and successful, and to use their talents to make the world a better place.

No one seems to have a definitive answer. Parenting experts focus on important aspects of child rearing like sleeping, eating, bonding or discipline, but the advice they offer is mostly narrow and prescriptive. What we really need isn’t just limited information about the care and feeding of children, as important as that may be. What we most need to know is how to give our kids the values and skills to succeed as adults. We also have to face the massive cultural shifts that have taken place over the past few years — especially technological changes and how those changes impact our parenting. How will our children succeed in the age of robots and artificial intelligence? How will they thrive in the tech revolution? These anxieties are familiar to parents the world over. 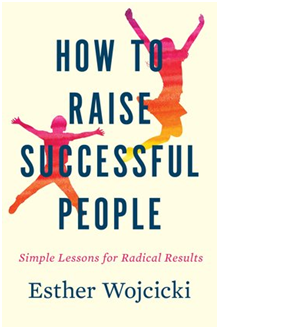 As a young mother, I took what little guidance and advice I could find, but for the most part I decided to trust myself. It may have been my training as an investigative journalist or my distrust of authority that had come from my childhood, but I was determined to find out the truth on my own. I had my own ideas about what kids needed, and I stuck to them, no matter what other people thought. The result was — to many people’s eyes — idiosyncratic at best, or just plain odd. I spoke to my daughters as if they were adults from day one. Most mothers naturally turn to baby talk — a higher-pitched voice, simpler words. Not me. I trusted them and they trusted me. I never put them in danger but I also never stood in the way of them experiencing life or taking calculated risks. When we lived in Geneva, I sent Susan and Janet to the store next door to buy bread, on their own, when they were ages five and four. I respected their individuality from the beginning. My theory was that the most important years were zero to five and I was going to teach them as much as I could early on. What I wanted more than anything was to make them first into independent children and then into empowered, independent adults. I figured that if they could think on their own and make sound decisions, they could face any challenges that came their way. I had no idea at the time that research would validate the choices I had made. I was following my gut and my values, and what I saw worked in the classroom as a teacher.

It’s rather strange to be a “famous” parent and to have your family profiled on the cover of magazines. I certainly don’t claim all the credit for their successes as adults, but all three have turned out to be accomplished, caring, capable people. Susan is the CEO of YouTube, Janet is a professor of pediatrics at the University of California–San Francisco, and Anne is the co-founder and CEO of 23andMe. They rose to the top of ultracompetitive, male-dominated professions, and they did so by following their passions and thinking for themselves. Watching my daughters navigate the world with grit and integrity has been one of the greatest rewards of my life. I’m especially impressed by how they compete and cooperate, focusing not on being the only woman in the room, but on finding solutions to the problems we face.

Parents constantly ask me for advice — okay, sometimes beg for the strategies I used with my daughters that they might apply to their own parenting. Teachers do the same, wondering how I escaped being a disciplinarian and instead found a way to guide students who are genuinely passionate about the work they’re doing. Without really intending to, I found I’d started a debate about how we should be raising our kids and how to make education both relevant and useful. What I’m offering, and what has struck a chord with so many people across the world, is an antidote to our parenting and teaching problems, a way to fight against the anxiety, discipline problems, power struggles, peer pressure and fear of technology that cloud our judgment and harm our children.

Through my decades of experience as a mother, grandmother and educator, I’ve identified five fundamental values that help us all become capable, successful people. To make it easy to remember in all walks of life, I call these values “TRICK”:

We are in a crisis of trust the world over. Parents are afraid, and that makes our children afraid — to be who they are, to take risks, to stand up against injustice. Trust has to start with us. When we’re confident in the choices we make as parents, we can then trust our children to take important and necessary steps toward empowerment and independence.

The most fundamental respect we can show our children is toward their autonomy and individuality. Every child has a gift, and is a gift to the world, and it’s our responsibility as parents to nurture that gift, whatever it may be. This is the exact opposite of telling kids who to be, what profession to pursue, what their life should look like: it’s supporting them as they identify and pursue their own goals.

Independence relies upon a strong foundation of trust and respect. Children who learn self-control and responsibility early in life are much better equipped to face the challenges of adulthood, and also have the skills to innovate and think creatively. Truly independent kids are capable of coping with adversity, setbacks and boredom, all unavoidable aspects of life. They feel in control even when things around them are in chaos.

Collaboration means working together as a family, in a classroom or at a workplace. For parents, it means encouraging children to contribute to discussions, decisions and even discipline. In the 20th century, when rule-following was one of the most important skills, parents were in total control. In the 21st century, dictating no longer works. We shouldn’t be telling our children what to do, but asking for their ideas and working together to find solutions.

It is strange but true that we tend to treat those who are closest to us without the kindness and consideration that we extend to strangers. Parents love their children, but they are so familiar with them, they often take basic kindness for granted. And they don’t always model kindness as a behavior for the world as a whole. Real kindness involves gratitude and forgiveness, service toward others and an awareness of the world outside yourself. It’s important to show our kids that the most exciting and rewarding thing you can do is to make someone else’s life better.

The ultimate goal of TRICK is creating self-responsible people in a self-responsible world. This is what we’re doing as parents, teachers and employers — not just raising children or managing classrooms and boardrooms, but building the foundation of the future of humankind. We’re evolving human consciousness, and we’re doing it faster than ever before. You are the parent your child needs, and with your trust and respect, your child will become exactly the person they are meant to be.